A Review of Lincoln (Finally!)

A few weeks ago, I finally had the chance to see Steven Spielberg's acclaimed film about our sixteenth President. Bloggers and academics, along with film critics, have already reviewed and analyzed Lincoln many times over, but like any good blogger, I thought I would offer my two cents. (See below for links to some of the reviews and commentary.) Before I saw the movie, a friend had asked me whether I would post a review on my blog. I wasn't sure. After leaving the theatre, however, I couldn't help but feel compelled to write down a few observations and impressions.

I once read that you are either a Civil War buff, or a Lincoln buff, but not both. I've never been a big Lincoln aficionado. That being said, I admire and respect Lincoln and count him among one of my favorite Presidents. I eagerly anticipated this film and was not disappointed. The movie offers what is probably the most realistic portrayal ever done of President Lincoln.  Daniel Day-Lewis, who just won a Golden Globe for his remarkable performance, shows the man as I imagined him to be from all the period descriptions and biographical accounts that I have read. His lankiness, high pitched voice, keen intellect, good-natured sense of humor, and political savvy were all there. We may never come this close to meeting a President who lived so long ago. The movie also delivers on other characters, like the radical and sharp-tongued Thaddeus Stevens (Tommy Lee Jones) and the cranky Edwin Stanton (Bruce McGill). 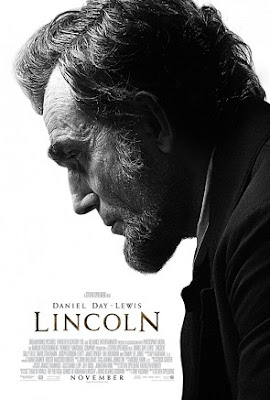 But Lincoln also does something more; Spielberg's movie magic proves that time travel is possible. The film transported me back to early 1865. I felt surrounded by the sights and sounds of the time. The scene of Lincoln traveling through the streets of Washington depicted the nation's capital as I've always pictured the city to be during the Civil War -- more rough and tumble, dirty, and unsophisticated than anything, and a far cry from today's mix of federal grandeur and urban hipness. The lighting of interiors, whether at the Executive Mansion, on the House floor, or in private homes or taverns, reminded me that life was a lot darker in the days before electricity. Spielberg also captured the complexity of the times. You feel the weight of the momentous issues facing Lincoln, Congress, and by extension, our country, as you watch the movie. Emerging from the multiplex into a suburban mall filled with teenyboppers sending text messages and the smells of fast food, I felt strangely disoriented, like I didn't belong. The film had altered my sense of time and place for two and a half hours. If I watch the movie again and again, it is in part because I want to go back and visit.

Some historians have taken Lincoln to task for failing to depict the entire story of emancipation. Kate Masur, for instance, wrote in the New York Times that "Mr. Spielberg’s 'Lincoln' helps perpetuate the notion that African Americans have offered little of substance to their own liberation." She also worried that the film "reinforces, even if inadvertently, the outdated assumption that white men are the primary movers of history and the main sources of social progress." Masur and other critics miss the point. Lincoln is not a movie or documentary about the entire history of emancipation in America, nor was it intended to be. Rather, it focuses on just one facet of that story--the passage of the Thirteenth Amendment by the U.S. House of Representatives and the role that Lincoln played in that momentous decision.

Critics like Masur fail to understand the movie for another reason too. Recall that before the Civil War, the Supreme Court ruled that the U.S. Constitution protected slavery. Lincoln, a lawyer by profession, recognized the shaky legal foundations of the Emancipation Proclamation as a war measure. The document also had limited reach. The President knew that in a nation of laws built upon the Constitution, an amendment to our most sacred of secular texts was required to seal the fate of slavery once and for all. Abolitionists, contraband seeking refuge behind Union lines, emancipationist generals, prior congressional acts, and the liberating advance of the Federal armies all contributed significantly to the demise of slavery. But without a change to our most fundamental of laws, the future of emancipation was not yet secure. The Thirteenth Amendment, passed by a Congress that was anything but diverse, placed the legal nails in the coffin of slavery, and set in motion a constitutional revolution to guarantee equal rights under the law. The action was a necessary step in destroying the peculiar institution, and Lincoln makes this abundantly clear. (See Andy Hall's post on a masterful scene where Lincoln explains the legal necessity of the Thirteenth Amendment.)

Lincoln is a captivating and powerful film. Spielberg brings our sixteenth President to life on the big screen and tells a key part of the story on emancipation. Lincoln enables the audience to visit the past like no other film I have seen. We feel as though we are there as events are unfolding. I am sure that the film has inspired more than a few people to study the Civil War and Lincoln more closely. Lincoln will surely become a defining part of our sesquicentennial remembrance.  If you haven't yet seen the movie, you can't miss it.  And if you have already gone, I wouldn't be surprised to see you sitting there again, next to me.

Other Reviews and Commentary