As many readers know, I often attend meetings of the McLean Historical Society (MHS) and have even spoken to the group on a couple of occasions.  I recently had the honor of being chosen to serve on the MHS Board of Directors.  Needless to say, I am looking forward to greater involvement with an organization that has done so much to preserve our local history in this part of Northern Virginia. 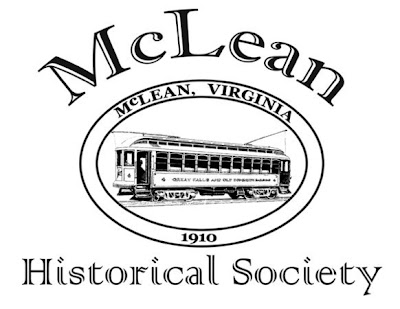 Under the leadership of Paul Kohlenberger, the MHS has hosted some interesting lectures on Civil War-related subjects, ranging from the Battle of Lewinsville to John S. Mosby's operations in Fairfax.  This spring promises more of the same.  I'd like to inform readers about the following Civil War programs on the MHS calendar:

April 16  The MHS is sponsoring a special event featuring  Howard Coffin, a preeminent historian on Vermont and the Civil War.  Coffin will speak about soldiers from the Green Mountain State at Camp Griffn.  I've blogged extensively about the camp, which served as quarters for William F. "Baldy" Smith's division from October 1861 to March 1862.  The Vermont Brigade comprised a part of Smith's command.

June 11  Roger Mudd, a long-time McLean resident and award-winning journalist, is presenting a lecture entitled, "Where Exactly IS Ball's Hill?"  The talk will focus on the Civil War experiences of the Ball family.  Mudd now resides on land that once belonged to the Balls.  The lecture promises to offer a fascinating look at civilians impacted by the war in Northern Virginia.

All of these events start at 7:30 and are held at the McLean Community Center, 1234 Ingleside Avenue, McLean, Virginia.  If you live in the area, I'd encourage you to come to one or all of these events. And if you happen to be in town, please feel free to stop by.  I hope to see you there!

Posted by Ron Baumgarten at 6:16 AM