Interesting Article on Interpretive Traditions Regarding the Civil War


I thought readers might find this article from Civil War Times interesting, particularly in light of yesterday's posting on Lost Cause symbols in Alexandria.  Historian Gary Gallagher discusses the various interpretive traditions concerning the Civil War.  He argues that the Union Cause tradition is the most underappreciated interpretation in today's America.  I tend to agree. We have gone from one extreme (Lost Cause) to the other (Emancipation), while neglecting the ultimate importance of preserving the Union.  Recently, I watched Ken Burns' The Civil War and had the same reaction to the curious comment by Professor Barbara Fields on the issue of saving the Union.

Pause to ask yourself a few questions.  They show the importance of Union to understanding and interpreting the Civil War and its consequences. What would have become of slaves in the Confederate states if the Union had not been preserved?  What would have been the world-wide impact if America's great experiment in representative democracy had failed?  Would the United States have become the global military and economic power it is today?  Let's give the Union Cause tradition the place it deserves in America's remembrance of the Civil War. 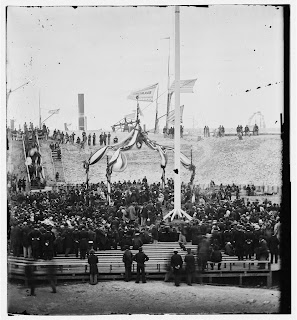 Posted by Ron Baumgarten at 9:17 PM

Email ThisBlogThis!Share to TwitterShare to FacebookShare to Pinterest
Labels: Lost Cause, Memory, Slavery