How Not to Defend a Bridge


In July 1864, the Confederate Army of the Valley, under the command of General Jubal Early, made its way across the Potomac and marched on Washington.  The capital was in a panic, and Union military leaders scrambled to assemble sufficient manpower to defend the city from attack.  As part of Lieutenant General Ulysses Grant's Overland Campaign, many of the artillery regiments in the Washington defenses had been dispatched to the front, and the forces now manning the line of defenses were woefully inadequate -- inexperienced trainees, 100-day troops sent from various states, Ohio militiamen, and semi-invalid members of the Veterans Reserve Corps. 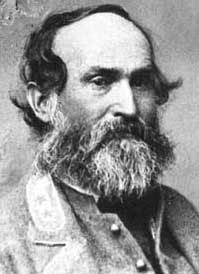 On July 6, Major General Henry Halleck, the Federal Army chief-of-staff, received a report from Lieutenant Colonel B.S. Alexander, an aide to the chief engineer of the Washington defenses.  Alexander described the conditions at the bridge defenses around the city.  At Chain Bridge, he noted the particularly troublesome situation:

At [the Washington] end of the bridge there is a battery armed with two mountain howitzers, intended to enfilade it, and on the hill immediately above and in rear is Battery Martin Scott, armed with two rifled 6-pounder guns. I found Lieutenant Grunwell, of the Twenty-second Regiment Veteran Reserves, with sixty-three men, in charge of the bridge. He has no command of the batteries at the east [Washington] end of the bridge. These are in charge of Private Spink, One hundred and forty-seventh Ohio National Guard, acting ordnance sergeant. He knows nothing about ordnance or artillery. In fact, no one at the bridge knows how to load the guns. The business of Sergeant Spink is to clean the guns, air the ammunition, and sweep the platforms. In these duties he is assisted by a detail of six men from the One hundred and forty-seventh Ohio National Guard, changed daily. Lieutenant Grunwell closes the gates at the west [Virginia] end of the bridge and takes up eight or ten flooring planks in front of the gates every night at 9 o'clock.

If the enemy were to attack him suddenly he "would take up the planks and make a parapet or barricade of them, and close the gates." He understands that there is a magazine in one of the western piers, arranged for blowing up the bridge, and a small lead pipe reading to the magazine, and steps from the floor of the bridge leading down to where the pipe projects from the pier. In all of which he must be mistaken as I have never heard that the piers of the bridge are mined. (emphasis added)

Alexander recognized the absurdity of the situation at Chain Bridge.  Among other things, he recommended that the batteries be put under one single commander.  He also urged Halleck to ensure that trained artillerymen were assigned to the batteries so that the guns could actually be used in the event of attack.  It is unclear what Halleck did in response to Alexander's report, but one would hope that at the very least, soldiers were sent to Chain Bridge who knew how to fire the artillery!

Lucky for Washington, Early did not advance by way of Chain Bridge and instead moved on the capital from the Maryland side of the Potomac.  With the arrival of crack troops from the Army of the Potomac's Sixth Corps, the Federals drove Early back at the Battle of Fort Stevens on July 11-12.  This battle is famous as the only time when a sitting U.S. President came under live fire.  Lincoln had taken a carriage out to Fort Stevens and observed the fight, much to the dismay of the officers escorting him.

Posted by Ron Baumgarten at 1:44 PM